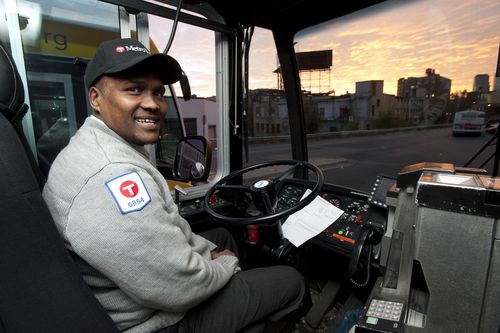 Every quarter, Metro Transit (along with suburban providers) makes adjustments to the bus system, streamlining or eliminating unproductive routes and adding service where it is most needed. Notable, new changes effective August 24 include a net increase in service hours made possible by lower than expected fuel and health care costs. TLC applauds Metro Transit for continually striving to better serve transit riders in the Twin Cities even with limited budgets to do so.

Unfortunately, an urgently needed major expansion of bus service (including plans for a number of highly efficient arterial rapid bus routes) is not possible without additional funding. TLC and the broader Transit for a Stronger Economy coalition will be back at the legislature pushing for a substantial investment in public transit in the coming year.

In the meantime, be sure to read on for a summary of this quarter’s significant transit service improvements from Aaron Isaacs, retired Metro Transit planner and manager:

Metro Transit is continuing a major upgrade to Saint Paul’s night and weekend service. This recognizes that hourly service is just too infrequent to grow ridership. Upgrading to 30-minute frequency makes taking the bus so much more convenient. The following routes improve from hourly to 30-minute frequency beginning August 24:

Also, Route 54 Saint Paul-Airport-MOA goes from every 15 minutes in the peak periods to every 12 minutes.

Following a comprehensive study of Minnetonka bus service, a package of changes is being implemented. Minnetonka is low density and high income, which makes it a challenging transit market. Most of the service today is express bus to downtown Minneapolis, and that will continue to be the case. There are numerous small schedule adjustments and re-routings among the express buses, but the amount of service stays about the same.

The biggest change is a new suburban crosstown option, Route 614, which will connect Ridgedale and the Minnetonka Heights neighborhood via Plymouth Road and Highway 101. This route will run hourly, Monday through Saturday.

Route 2 Franklin Avenue Crosstown is always in the top five routes for riders per bus hour. It crosses south Minneapolis on Franklin, then travels through the U of M campus and connects the campus with southeast Minneapolis. With a new schedule, Sunday frequency will improve from half-hourly to every 20 minutes: an overdue improvement.

Route 10 Central Avenue connects downtown Minneapolis with Northtown Center in Blaine. Currently, one-third of the weekday mid-day trips end in Columbia Heights. Now all will be extended to Northtown, improving frequency on the two long branches via University Avenue and Old Central from every 30 minutes to every 20 minutes.

SouthWest Metro Transit is starting a new commuter express, Route 694, from its Highway 212 park-and-ride lots in Chaska, Chanhassen, and Eden Prairie to Best Buy headquarters in Richfield and to Normandale Community College. The route will also provide reverse commute service and mid-day service from Richfield, Bloomington, and Edina to Eden Prairie, a revival of service that was discontinued a couple of years ago when money got tight.

Last year, Northstar fares were reduced $1, making them the same as competing express buses. The Ramsey Station was opened and the competing Ramsey express bus was discontinued. Those two changes have increased Northstar ridership by 15 percent, and the trend has held up over several months, despite lower Twins baseball ridership.

This year, Metro Transit is starting one of its non-stop State Fair Expresses at the Northstar Fridley Station, offering a first-time connection from the trains to the Fair. It’s a neat idea and I’m looking forward to seeing how many use this shortcut.

Making a Difference in the Riverview Corridor this Summer

How to measure traffic congestion?